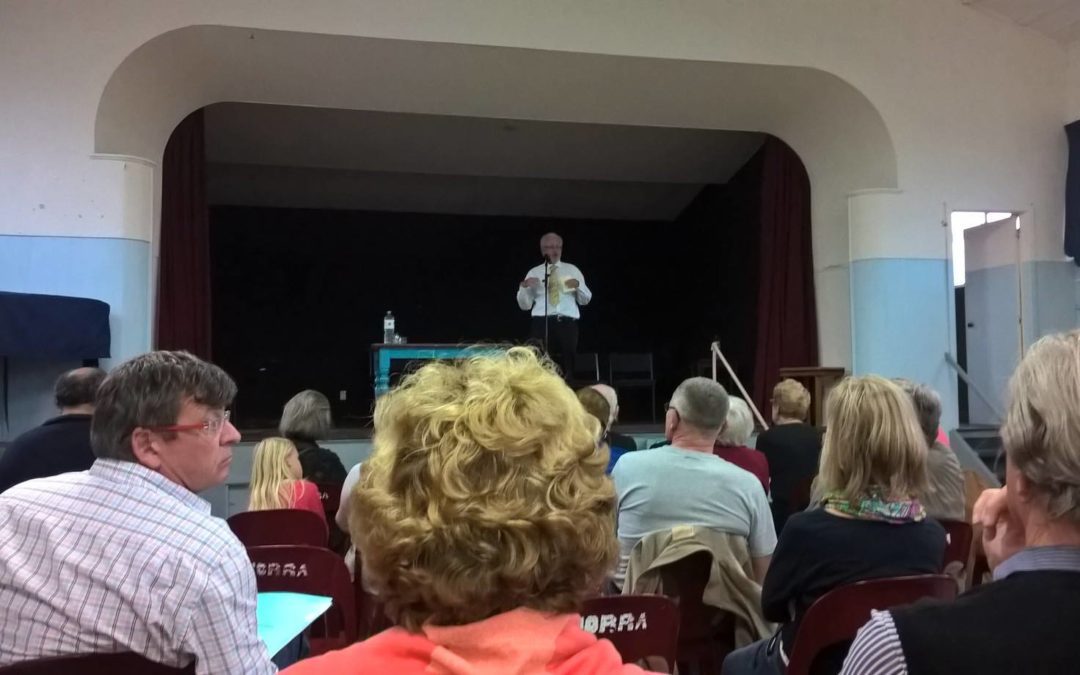 Looking back at the Feb-March report I see that I spent a while covering the ferries and bus situation. Ah well, it’s all history now. Thank you Explore for offering us an alternative local company to support. I think many of us miss the convenience provided by a service on the half hour.

Interestingly, in the year and four months we’ve had Explore, numbers seem to be going up so that the current ferries are much busier than before. Discussions with AT continue on how we can learn from what’s happened. It all seems to go back to the same – for Islanders to have fair prices and a competent service we need regulation and/or competition. As an exempt service, it is very difficult for competition to stake a claim and it’s also unclear whether Waiheke can sustain two services that cater to public transport needs. At the same time, if the Gulf Harbour and Pine Harbour ferries, which have fewer passenger numbers, and receive an AT subsidy, can operate for a $14 single trip and $290 monthly pass, it ought to be possible to be paying something comparable on the Waiheke run. As an exempt service Waiheke is at the mercy of competition wars, changes in timetable and fares in a way that is completely unsuitable for a public transport network that has a regular travelling and commuting population of 3,000 people. Fullers have served this community well and are a part of our our island, offering a regular service, employing large numbers of people, and supporting a number of community groups. This does not change the fact that public transport fares and timetables should be determined by the managers of the transport network – for Auckland this is AT – who are able to determine what is fair in a public transport context.

We are now starting to see the results of the capital transport fund improvements. I’m particularly pleased to see widening of the footpath around Surfdale shops which make it easier for kids to share the footpath from the shops all the way to the school – whether they’re on scooters, bikes or walking. I’m still looking at how traffic can be slower between the shops and the school roundabout, as I often see kids trying to run across the road to avoid cars which are still travelling quite fast along this stretch of road. A cycling promotion has started at the Donald Bruce Road schools – Wednesday enjoy a pre-school cupcake and next week there will be prizes. Ecycles have also kindly organised free bike checks for kids. Thank you also to Franco’s Bakery, Jena at AT, Cycle Action Waiheke and particularly to Jessica Morris of the Local Board for liaising with everyone.

Visitor numbers are up again this year and are anticipated to continue growing. Meanwhile there is still lack of resolution as to how infrastructure is to be paid for – a levy (but how will this be administered and collected, and how will it target people fairly?), more money from the governing body (but how will this compete with requests from other boards and regional demands?), or more central government money? At TRENZ last week, the Prime Minister announced a fund specifically designed for infrastructure improvement in rural tourism-focused areas. This is an avenue we will start to pursue. The government is also putting another injection of funds into the NZ Cycletrail and it might be possible to get some towards cycling on Waiheke.

I presented to the Select Committee on the TPPA on April 19th. They were very interested in the comments made around creative industries and the issues around the development of intellectual property and government procurement. It seems increasingly clear that central government is pushing through with this. As this is the case, I think it’s particularly important for industries to think about how they will be affected and what kinds of things need to change to ensure that NZ companies are working from an even playing field. This includes support to move products from R&D, into the international arena where they are able to sell while retaining the copyright. There is a consistent pattern in NZ of developing widgets but then selling the business or concept rather than holding onto the rights to access the bigger money. We should also work towards support for local companies to procure internationally, and also compete against bigger, more diversified companies that will be competing for NZ government procurement contracts.

In April the Local Board were invited to Legasea’s Fisheries Symposium on fisheries management with a focus on the Hauraki Gulf. Given the work on marine reserves it was really good to find out more about the perspectives of recreational and independent commercial fishers and to raise the profile of subsistence and artesan fishing which support people living locally and their families. It was also good to spend some time talking to the Keep Our Beaches group about their interests in marine protection and to catch up with the Sea Change group about the final stages of work before the final report is produced. In my view, with 0.3% of marine reserves in the Gulf, we just need to be working together to make sure there is adequate marine protection.

Matariki this year is shaping up to be a big event with the Tuwhera (opening) of Piritahi Marae on the weekend of the 6th of June after fifteen years of hard work producing the carvings, artwork and tukutuke panels. Waiata practice is on a Friday night at the Oneroa Bowling Club from 6-8pm. Everyone is welcome and for other opportunities connected to the event, and the waiata, look at the Piritahi Marae facebook page. There’s a briefing on the 28th of May at 9.00 am at the Marae for anyone interested in volunteering on the weekend of the 6th of June. The Artworks Precinct will also be hosting a Matariki event as are the schools – I don’t have the details to hand.

Last month we went to the Waitakare Ranges to meet their board and catch up again with the Great Barrier Board. Fabulour looking around Lopdell House and the refurbished gallery spaces and theatre. The delivery of the improvements was a combination of Council funding and Licencing Trust funding, with money also raised by the Trust but I think both Waiheke and Barrier Boards were impressed and slightly perturbed at the level of support and funding available to the Gallery and Theatre – the effects of a legacy arrangement and the commitment of the Waitakare City Council to the arts.
Kauri dieback is an issue all three boards grapple with so it was interesting to share views on how to address this and tragic to see the trees now dead from the disease. We also discussed rural transport strategies, approaches to visitor management, support of small business and pest animal management. Interestingly, the licencing Trust delivered $4.7 million into the Waitakare community last year – it would be great to be able to lay our hands on funding like that.

The weed amnesty that ran last month was a huge success with lots of community support and over 80 tonnes of weeds removed from private property. Thanks particularly to Deryn Dromgoole for organising and sourcing the funding for this.

A process for the inorganic collection has now been set up. There will be a booking system and people can call up for their inorganic waste to be collected from September onwards.

Some great events happened at the library in the last couple of months. I was particularly impressed with the variety of offerings at the Poetry Festival and it’s great to see the interesting displays and the talks being done in the space. This weekend’s Godwit talk was also very well-received.

Well it feels like this three year term is starting to wind down with some of the projects coming to fruition. We are about to decide on the last round of community grants for the year.

Auckland Council has a range of resources available for people thinking about standing for election. With bigger electorates, the rest of Auckland is further along the process, but there is still time to stand for election if you’re interested or know someone who is. It’s takes between 15 and 20 hours a week for board members and the stipend is about $24,000/year. In my view, you need good reading and writing skills, strong listening skills, the ability to compromise and bring people together inspite of their differences, and be interested in how civil society works. Lastly, you need one working day and at least one evening a week to put aside for meetings. I’m happy to chat to anyone about the challenges and opportunities involved. I’m also very much committed to diversity in government so would love to hear from people who are interested in the role but may not feel they’ve ever considered being in politics.
Contact details: 021242 3310 shirin.brown@aucklandcouncil.govt.nz